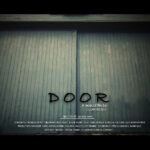 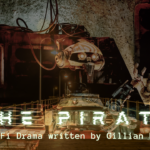 You may have never heard the name David Joseph Wesley, but you’ve almost certainly heard his music. He creates film, tv, and video game music and has even been nominated for a Grammy award. His music is a wild mix of styles and genres but often works with high powered synthesizers such as the Prophet 6 Synthesizer.

I first discovered Wesley’s music through CosmoQuest, part of the Planetary Science Institute. They offer a variety of space-related content and podcasts. More importantly for me, they have a hearty appreciation for the arts and the director, Dr. Pamela Gay, is an artist herself. She also happens to be good friends with Wesley. One of the first programs I ever watched live was Dr. Gay interviewing Wesley.

I found Wesley, who is practically blind, to be a delightful person, but I wasn’t sure about his music until I had the opportunity to perform on it. I had started livestreaming for CosmoQuest on their “Community Coffee” section around the intersections of astronomy and art. One day I wanted to replicate one of my favorite audience interaction improvisations (which I first did in Kenya at a global summit for a changemaker organization).

Basically, what I do is get words from the audience, have someone play music I haven’t heard before, and then improvise. It always leads to interesting things. I did a space version of this for CosmoQuest, and the playlist was entirely DJW music.

Music to Smuggle By – Video Game Music for Firefly

Since then, I’ve had the opportunity to improvise live with Wesley playing along with me. We did a segment for the CosmoQuest-a-con 2020, and somewhere down the line, Dr. Gay coordinated with DJW to get me more or less his entire collection of music.

I like all of it, really, from his gentle album on Winter Skies to the spooky synth of Pumpkin Patches. My all-time favorite is a single called Midwinter, but I really love the album “Music to Smuggle By.” This was actually originally video game music for the video game adaptation of Firefly, but when the project floundered, DJW released the music as its own album. It’s full of character and emotional, a range of soft and sweet to raging rhythms.

Recently, I got the opportunity to do a longer performance to the album, at the CosmoQuest Hangout-a-thon.

Performing DJW as a dance ‘concert’

The CosmoQuest HAT is a 36 hour fundraising livestream held every year in October. Because I’m on European time currently, I volunteered to cover a few hours in the middle of the night. I spent some of it talking with another community member about my recent visit to CERN, but then I claimed a full hour to quietly improvise.

Of course, when DJW video game music is involved, it’s never fully quiet. However, I made a playlist with a few slow pieces from the Pumpkin Patches album and most of the Music to Smuggle By album, and improvised for forty-five minutes.

Within that time, little sub stories came out, such as a child’s quest to walk. But most of all, I just let the music inform me, and tried to find the arcs of emotion within it.

The full performance was broadcast on CosmoQuest’s Twitch channel, but unfortunately, due to Zoom’s noise cancellation feature, the sound didn’t come through very nicely. I decided to download the video and edit back in the clean audio. While I was at it, I cut it up into manageable chunks, based on the mini-stories that arose.

These videos are now available on my YouTube channel, part 1-5. They are also linked below (releasing every day till October 30th – if the links are broken, check back in!).

The Myth of Sisyphus and a very locked door