I've said it before, but we live on the most beaut 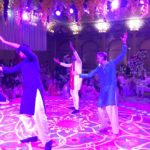 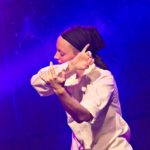 An American Dancer in Pakistan, Volume 5

I’m used to the staring, and used to being the only foreigner. It occasionally gets uncomfortable, such as one meal in the walled city of Lahore when the group of guys at an adjacent literally sat backwards in their seats to stare at me. And sometimes I still get lonely (especially when I can’t understand the language, which is why I work so hard to learn).

That’s one reason I prefer to spend time with dancers, in any country I’ve lived in. Dance is our shared language, and it removes many cultural boundaries. Somehow it’s bigger than the sum of our differences.

Once we establish that central common ground, I just don’t feel like a foreigner anymore. Skin color is mentioned and commented on once in a while, but it’s not the elephant in the room. Respect is based on skill and ability, not random genetic combinations and chance of birth place.

But outside of the studio, sometimes those random genetic combinations get put on a pedestal.

About a week ago, I was invited to do a workshop at the University of Sargodha’s sub campus in Bhakkar. It was the first international workshop the university had organized, and I had the privilege of being one of two foreigners invited.

I didn’t understand the extent to which our participation would be celebrated until our motorcade (extra top security) arrived at the hall. Along with the other foreign guest, the other speakers, the Vice Chancellor of the university, and the director of the sub campus, we were greeted by rows of women with baskets of flower petals. Bouquets were pushed into our hands, and we entered the hall to a full standing ovation and an introduction by the MC. I was then ushered up to the high table at the front to sit with the Vice Chancellor.

It was most certainly a very Big Deal. I realize it was meant with respect, but I don’t believe in anything that reinforces and celebrates hierarchy in whatever way. I do love being the center of attention on stage, but in real life I’m not interested in being held up on a pedestal as something to be worshiped or treated like a rockstar purely for my country of birth and the color of my skin.

But at the end of the day, I was there to do something, and that was to introduce a concept that I’m pretty sure no one in the room had ever even thought of before — that leadership also has a physical quality, and that concepts of trustworthiness, empathy, and communication have physical manifestations.

I didn’t give the workshop from the podium. I took the microphone into the hall and talked to the students, asked questions, got volunteers. Whether or not they understood, I’m not sure, but I did get good feedback — and a few misguided souls asking if I could help them study in America.

I don’t begrudge the organizers for the fuss and fanfare, but I do find it misplaced. Celebration and ceremony for foreigners just increases the gaps and reinforces the stereotypes. For my part, I’d rather receive the accolades for work I’ve actually done, and not the accidents of space and time.

In the meantime, life goes on in the dancing world. I spent the weekend at the gorgeous campus of the GIK Institute, one of if not the top STEM universities in Pakistan, performing Goonj for a second time with Adnan Jahangir and his team. In this case, the fuss and fanfare was reserved for Adnan, and I was just part of the team, which was just what I needed after Bhakkar.

Now, I’m rehearsing to perform Punjabi Bhangra with Versatile Dance Company, and looking ahead to a few weeks of bopping around the country like a ping pong ball performing and giving workshops.

But whenever I can, I spend my time in the studio at Versatile. I’m respected, but for the most part, they only make a big deal out of my dancing ability. They don’t particularly care where I come from, and are more interested in the fact that I’m here now.

And as for me, there’s no other place I’d rather be.

An American Dancer in Pakistan, Volume 4

The Finger Wave of Creation