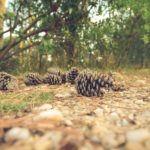 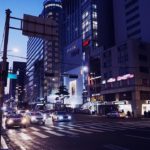 The 88 year-old man doesn’t say much. He considers each sentence carefully, his jaw slowly working. His face is fearsome and strong. He wears a traditional Pakistani tunic and trousers, with a yellow scarf carefully laid on his shoulders like a mantle. He drinks black coffee and smokes long cigarettes.

The 88 year-old man speaks about Dissent, and how he has built his life around it. I ask if he sees it as an action or a state of mind and he says both. If he did not, he says, he would not have been in prison five times. He says Dissent is a way of life, a full time job. What he does is Dissent.

He confesses he has no talent, only a mere carpenter (yet a carpenter who created, from his own hands, an entirely new instrument and handmade speakers). He says he does not like to travel, as he traveled as a young man — from prison to prison. That was enough, he says, though his wife does enjoy it. She’s just been to Vietnam.

The 88 year-old man then turns to his grandson in the other chair next to me, and asks him about content. What do you mean when you say “content” in music, he wants to know? The grandson thinks, struggles, suggests that something ineffable, the thing of the music that brings one to a higher state. But his grandfather pushes him further, and the grandson says it comes from his own experience. His own emotion.

“And do you think using your own subjective experience helps connect to the audience?” The 88 year-old man wants to know.

The grandson replies he does.

The conversation does not last long, but it is never trivial or trite. I wish I could commit more of his words to memory, and fail. We bid goodbye to the 88 year-old man, and walk back through the winding rooms of his institute — the rooms of books and gadgets and a 100-year-old camera, the tools and rooms and staircases and photographs, instruments and dead rooms, a family of golden lab dogs with three young puppies, dust and quiet, knowledge, wisdom, and history.

The 88-year-old man is Mr. Raza Kazim, and the institute is the Sanjan Nagar Institute of Philosophy and Arts in Lahore, Pakistan.

This series will document some of the interesting moments and stories during my four to six month stay in Lahore promoting, performing, and teaching contemporary dance.

Who Am I in This City?: Leaving Seoul for Lahore