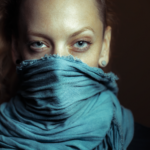 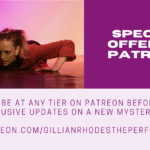 All This Useless Beauty

Once upon a time, there was a great sorcerer. This sorcerer had everything anyone could possibly desire, wealth, power, fame. One of his favorite things was his collection of creatures as vast and as wide as the universe. But despite everything, he was not satisfied, because his collection lacked one thing. While his glass cages held every manner of magical creature, he had never been able to catch one of the luminous beings. These creatures were as quick and as glorious as starlight itself.

The sorcerer thought and planned and laid all manner of traps. Alas, they were all in vain, for how can you capture light itself? Finally, though, he made a cunning plan. He delved deep into the center of the world, a place where light of any kind had never reached, moving by touch only. It was a long and terrifying journey, but the sorcerer was brave and determined. Long after he longed to stop, he kept going.

At last, there in the deep dark heart of the world, he made his trap. He enchanted a small room, and inside it he placed a single light – one of the rarest things he owned, an eternal light from the heart of a dragon, the thing that sparked its fire.

And then, he lay in wait, the darkness all consuming.

The luminous beings cannot resist light. Made from it, bound to it, they love it with a passion that no human has felt, and if they did, they would immediately burn. The beings hear the call of the light, feel its touch. Irresistibly, they are drawn to it.

The single light there in the depth of the world burned, so quietly and so far that most of the luminous beings could not hear it. Even those who did would not dare to make the journey through the dark. But one heard the call, and she could not resist. Proud and strong she was, and down she dove, the darkness clawing at her hungrily. She kept going, mad for the light she felt calling her.

The minute she entered that room where the light shone and took it into her arms, the sorcerer sprang from his hiding place and bound her with chains of light. She shrieked in fury, unleashing the rage of a thousand suns, but the sorcerer’s spell was fast. The light – that terrible, beautiful light of the dragon’s heart – called her so.

The sorcerer returned to the surface of the world, at last at peace. He opened his doors and shared his collection with the world – but he never told a soul about the luminous being. He kept her a secret, a beautiful story he told himself and smiled. Sometimes, he would visit her and watch her, how she hated and loved that fiery light that kept her imprisoned.

He took the secret of the luminous being to his grave, but she is still there. After all, light cannot die. And so, deep in the darkest hole of the world, where no one has dared set foot before or since that sorcerer, she stays, bound and chained by the very light she adores.

If you listen very closely, you can hear her raging. They say sun flares are her nightmares, and a supernova occurs every time she wakes.

I Come In Peace, But Not Meekly