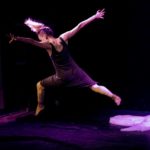 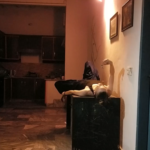 When the lockdown hit, I was in the fragile and fraught liftoff stages of getting my own production off the ground. I was about to lock a huge sponsor, I had confirmed my cast, and rehearsals were two weeks into full swing.

Slowly, things were closing down but I wanted to push ahead. I knew that we wouldn’t make our opening date in April, but somehow I thought we do manage it in June after Eid. Then one morning I woke up feeling unwell (it turned out to be a stomach thing) and had to rethink it all.

By the end of the day I had stopped all rehearsals. I remember sitting on my bed, trying to come to terms with it, and crying – something that happens rarely (yet more often this year funnily enough).

From that day and for the next six to eight weeks, I was in lockdown. I went out for groceries, but otherwise it was me, alone in my flat. I imagined myself in a spaceship adrift from Earth. Cleaning was maintenance. My rooftop was the bridge.

I reflected more on that experience on my facebook, and I might post them here later. One of the things that happened, though, was deal with the lack of performance.

Performing is not something I like or enjoy: it is nothing more or less than the whole cosmic point of my existence. It is what I do and what I will do. I saw other artists doing livestreams, trying to cope with the same thing.

For me, though, I was a bit wary about just turning on the camera and dancing. I thought, how do I make a performance on instagram? Not a live stream, a performance. How can I celebrate the medium but keep the production values?

A production in a screen

(See above for the teaser trailer of the first edition)

Quarantine Qreations was what came of that brainstorming. I did three installments of it in the end, every two or three weeks until I started working outside the house again.

For the stage, I decided to take a site-specific approach. I don’t have furniture so I do have empty space, but I thought, what might be interesting and unique spaces in my house that could lend themselves to site-specific pieces? That led me to find different “frames,” and I ended up doing pieces on my desk, on my kitchen counters, and in my closet, among others. The small screen magnified and expanded these spaces, and they became more than what they were – exactly what performance does.

There had to be dramatic lighting – normal daylight or lightbulbs weren’t going to cut it. My lightbulbs stick straight out of the wall for some strange design reason. That’s great, as it turns out, because with some tape and cardboard, it’s easy to make spotlights. I had some colored paper lying around and old boxes, and boom: suddenly I had a mood.

Finally, it was very important to me that I treated these like real performances. They would be live, and that’s it. I didn’t share them on my stories later.  If you were there, you saw it, if not, too bad. I advertised it as such, with a set time, and made sure I had an opening song with a “the performance will start shortly” sign while people were getting “seated.”

(Funnily, I learned on the first edition that Insta flipped the sign so it showed backwards. Apparently there is a setting for that, but I didn’t know, so the next time I just wrote it backwards.)

It was not the same, and the two later editions were not quite as electric as the first. But there was something there in all of them. On the day, I had the familiar nervous performing energy. When I went live, my heart faster as it does when I’m ready to step onstage. I could not hear applause, but people set hearts and clapping emojis, and somehow it was enough.

And that was the real lesson of it – no, it was not perfect, and nor was it the same. But it was enough, and the feedback I received from people – tuning in from Los Angeles to Seoul – gave me the same rush as a live performance.

Quarantine Qreations kept me sane during the lockdown. Beyond that, it sparked a whole new avenue of creativity, and I began to experiment with making my own mini dance films. I took everything I have learned from being on music video, commercial, and film sets, and did my best to apply it to my poor little galaxy S7 and windows movie maker. The more I do it, the better I get, and it has given me a whole new way to create. It’s also given me a whole new way of collaborating! (One of those collaborations was Explorer Ready Or Not, which I wrote about here).

While I will never call myself an expert, I think my favorite short film that I made was the first. I called it A Place At The Table, and it was an elaboration of a piece I did in the second edition of Quarantine Qreations. Like that first, electric live stream, that film captured a bit of that “first” magic. Beyond that, I think it just spoke to the times in a deeply emotional way – but I won’t tell you why. You’ll have to watch it instead!

Vida and The Void – Gallery

Explorer Ready (Or Not): Art and Astronomy