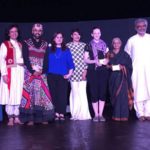 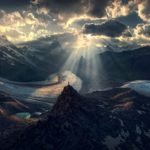 An American Dancer in Pakistan, V. 7

In all my blogs thus far, I’ve focused almost exclusively on dance, which is partly because that’s obviously what I do and what I’m here for, and partly because I wanted to showcase that in Pakistan, of all places, there is lots of art, dance, and performance. I’ve tried to stay away from getting political, cultural, or religious, as those get into the sticky areas where misunderstandings and indignation is a hairsbreadth away.

But now, four months and seven blogs in, it’s time. Let’s talk religion for a second.

Today is the nineteenth day of Ramadan, the holiest month in the Islam calendar. It’s thirty days, culminating in Eid, which is a giant festival and celebration. I don’t know the details of Ramadan religiously, but it’s most well-known for the fasting.

From sun up to sun down — roughly 3:30am to 7pm — people are supposed to abstain from eating or drinking. There are other stipulations for the more rigorously religious, such as not meeting or being with members of the opposite gender.

Before Ramadan started, I had quite a few friends from abroad asking what it would be like to be in Pakistan during such a time. If it would be okay, if it would be different, etc.

Certainly, the schedule has shifted. The studio remains open, but the hours are shortened. Generally, people arrive around 2pm and leave before aftari (the ceremony of breaking the fast), or they arrive after aftari and go home before sahri (opening the fast).

Over the first two weeks, there was really nothing happening — we had no shows, so there wasn’t much going on. The teachers do more classes and have been making various choreographic doodles — such as this one Sir Fayyaz made for me and Bittu, one of my best friends, to a Bollywood song.

The food is different as well — traditional aftari food is samosas, fried rolls, pakoras (fried vegetables), fruit shakes, phalsa juice, and dood soda (milk and sprite). Even for those who fast, most gain weight during Ramadan because the food is so much more fattening.

Speaking of fasting, there’s apparently a lot more to Ramadan than that. It’s also supposed to be a time for charity and meditation, among other things. There are more beggars, and many people arrange huge dinners on the street for aftari. The family I stay with, for example, feeds about thirty to forty people on the street outside the house for aftari every day. Driving home around aftari time, you can see rows of people sitting on mats, waiting for the prayer call that indicates the fast is over to be served.

Also, not everyone fasts. Some don’t fast at all, some only drink water, and some do the full dry fast. Some do on certain days only. At the studio, it’s a mix, and there doesn’t seem to be any particular stigma about those who do or don’t. If you are sick, you aren’t supposed to fast, and also if you are bleeding or have a cut, you aren’t supposed to fast. Some just don’t like being hungry, and choose not to.

Generally, it reminds me of the month between Thanksgiving and Christmas in the States. Festive fattening food, lots of family time, people tend to be more religious than usual and go to Church, routines are disrupted, nothing much happens, and then there’s a rush to shop and get ready for Christmas. In this case, apparently it’s the same before Eid, and now that we’re two-thirds of the way through, it’s time to shop.

From my perspective it’s been a fairly slow two weeks. The weather has gotten insanely hot as everyone promised me it would, and it makes it hard to do anything. I spend 3–4 hours at the studio every day and try to keep up my exercises. I generally sleep 10–11 hours a night. Mostly, I’m just waiting for Eid, when everything gets busy again and Versatile will have lots of shows.

To be sure, Ramadan is definitely not the strange and mysterious beast that it’s easy to think of it as. It’s just a holiday time, simple as that.

In the meantime, life goes on — I bought a motorcycle, which I’ve been wanting to do for several weeks and finally managed to make happen. That’s probably a topic for another post, but shortly it has greatly improved my mobility and although I’ve wanted to do it for months, I find it utterly surreal that I own a motorcycle, in Pakistan of all places.

As Eid gets closer my schedule will heat up, and besides driving stories, next time we should be back to our regularly scheduled programming of dance and culture — which, to be fair, is the world I live in most of the time.

An American Dancer in Pakistan, Volume 6