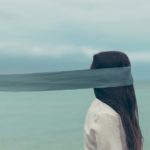 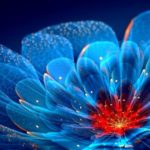 An American Dancer in Pakistan (vol 8)

It’s been a long time since I’ve written a blog, so let’s start with the spoilers: I’m still in Pakistan.

In fact, in a twist of life that I still have yet to properly understand, I live here now. I have a flat that slowly becomes more of a home space every day, a motorcycle, and a bank account, all things one usually associates with being settled. A few weeks ago, I unpacked my big suitcase for the first time since leaving Korea. This past weekend, I bought a coat rack and shelves so I have a place to put things besides the floor.

It’s strange and surreal, and I don’t exactly get how it happened except that I kept putting one foot in front of the other on the path and somehow it led to this. It makes sense and it doesn’t make any sense at all.

I want to write more about it — in fact, during the two months that I was away over the summer (an intense and enriching time of serious growth, anxiety, and confusion), I wrote almost fifty pages of what will maybe eventually become a memoir. But the problem is, finding the words is hard. It requires time, space, distance, and reflection. As I’ve written before, Lahore requires presence — in fact, it demands it. It exists in physicality, in living, in showing up. Being away from it was rough, because somehow it wasn’t real, it was like I was in a separate dimension and as much as I could text and video call in, it was little more than a dream.

But now I am back. Of course, “back” is not the right word, because back doesn’t exist. I tried to come “back” — back to the enchanted, rose-colored home that I had built up in my mind for two months, a place that was simple and beautiful and easy and rich. Of course, it wasn’t that — nothing is. The transition to living was rough, moving past guest to resident, the step out of the honeymoon period into the actual relationship. I still catch sometimes the melancholy that things won’t be the same simple easy beauty of those first months, caught in the sheer relief of being in a place that was alive, the gratitude of rediscovering heart and soul and feeling again, all things I lost in Korea and found again here.

It’s not to say that things aren’t okay, and that I regret moving here — because they aren’t, and I don’t. The vast well of opportunities I sensed before hasn’t dried up, and it seems to be just as deep and exciting as I thought it was. After a slow start, I’m back performing often, and I’ve even been given the chance to create a full evening length performance, the first in my career and something I’ve been wanting to do, but didn’t really feel ready for (I still don’t, but hey, I’m doing it anyway).

Life takes time, and I see potentialities for years and years. People ask how long I’m staying and I say I don’t know. “Staying” or “leaving” are not concepts that make sense to me right now. I don’t have the sense that I’ll leave one day, but I also can’t say that I won’t. I’m just here, doing the work. But I’m also letting myself take the time — the time to let things grow in their own pace, given nourishment and attention. The time to settle into the flat, adding new things every few weeks or so. It might just take a year to make it what I think it could be — and that’s okay.

Lahore is not perfect. Then again, nowhere in the world is. It is a country like any other, it has its problems and virtues like any other place. Life is so different that I don’t even know how different it is.

What I do know is that I have a place here. A community, a family of sorts. A few weeks ago there was some unrest due to a Supreme Court decision, and things got both political and religious, a dangerous combination. During those few days, there were protests and road blocks right in front of my house. But the amount of people who texted to see if I was fine, to tell me to be careful, to escort me home and make sure I was safe, was astonishing. I have been adopted.

I’m also finding my place in the industry, establishing myself in what I do and getting more “street cred.” I’m the resident artist/visiting faculty at one of the best art schools in the whole country. I’m about to put onstage a full-length dance theater piece. I teach regular dance technique classes.

People are constantly asking why I’m here, and the truth is I don’t know. I don’t understand it either. I don’t regret it, I don’t wish it otherwise, and I truly see years and years’ worth of work here. I see lifelong friendships and community.

But I don’t live in that big stuff. I live here, now. Day by day, footstep by footstep.

When I left Korea, I asked the question, “who will I be when I leave Korea?” I’ve become whoever that person is now. I don’t exactly know who she is, to be honest. I know how I got to her, and the path feels right. I just still have a lot to learn about her, and sometimes I feel strange and new in my own skin. Whoever she is, is nothing like whomever I have been before, and people have remarked on the change. I don’t like to put words like better or worse on anything, so I won’t make any such judgment here.

I’m just living. And perhaps that’s the point I want to make. While I was outside the country, people asked me if I was afraid to be in Pakistan, if I feel oppressed or restricted, if it’s difficult to live.

Life is life, and it goes on. I am here, I am working, and that is all.