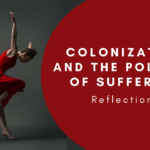 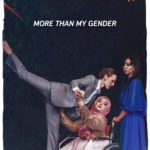 Colonization and the imperative of interculturality

On a recent trip to Islamabad, I was browsing around Saeed Book Bank in the F7 Markaz. A giant, three-story building packed to the gills with books, Saeed Book Bank is one of my favorite places in Islamabad. I’ve spent over an hour wandering around, browsing coffee table books on gems and architecture, academic texts on Sufism, and more. Their fiction section is wide but not particularly interesting. It is, however, one of the few places I can find books about choreography and dance.

I found a book called Intercultural Actor and Performer Training. I immediately knew two things: that it was way too expensive, and that I would have buy it. Turns out I was right on both accounts.

The book is a collection of essays around the issue of how different cultural traditions of acting and performance come together in modern schools. It looks at how the western method of acting training has gone everywhere, and yet countries with strong cultural traditions are not ready to just toss them out the window. Overall, it looks at how eastern directors mix and adapt western texts, how eastern schools integrate both western and eastern methods, and how this interculturality contributes to contemporary theater.

As I read the introduction, two things immediately came into my mind. The first was that the focus was obviously on eastern schools and directors. The second, and very much related, was that this intercultural tension doesn’t really exist in the west.

Last time, I wrote about colonization and the politics of suffering. The idea was that the colonizing countries have a different relationship with suffering as they’ve never had the trauma of losing their identity. In this case, I thought, this intercultural tension doesn’t exist in most western countries because they’ve never needed to adjust for anyone else’s culture.

Colonized countries have the tension of multiple cultures because the west has imposed their culture on the world. What we call ‘Globalization’ is synonymous with westernization, and development often means the same thing. A western school will never need to care what Noh theater in Japan teaches them about the body and expression and if losing that tradition will matter. There’s no history of losing something, and what ‘Oriental’ traditions exist, it’s because someone once went to the colonies and thought it seemed interesting or exotic.

Colonized countries, therefore, have an imperative to be intercultural, because their identities and histories are already scrambled. Of course you can’t just say, well, they should give up their own culture, or they should reject all western influence. There’s no simple solutions, and so they have to carefully navigate and choose what influences they keep. The future of tradition and culture is something that has to be negotiated. The west, or the colonizers, never have to think about it – they just blast ahead with whatever grab bag mix of culture they feel like, and never really question what is theirs or what is best.

Honestly, I like living in that dynamic tension. I like the questions it poses and the challenges it brings up for this notion of modernity and development. The constant balancing of culture is exciting and creative, and as an artist, I think it brings many other options.

With that said – I’m always a bit careful about my choices. I’ve written about the tension of my position as a westerner living in Asia and how I need to be very careful to not fall into traditional colonial appropriation patterns. What I mean to say, though, is that I find the intercultural tension interesting and productive. This book is making that clear, and giving me the vocabulary to articulate why.

Colonization and the Politics of Suffering

Introducing “More Than My Gender”!