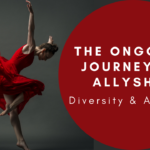 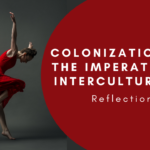 Colonization and the Politics of Suffering

There’s something I’ve noticed throughout the past couple years of the COVID pandemic. It’s not a researched or scholarly position, it’s an observation and an intuition. Really, it boils down to something very simple: colonized countries have a very different relationship with suffering than the colonizing countries.

In case you’re new to my journey, I’ve spent the past ten years living in colonized countries. Cambodia (by the French), South Korea (by the Japanese), and Pakistan (by the English). To be truthful, I have no idea if this observation has to do with being colonized or something else. It could be a developing country thing, or maybe it’s an eastern thing. Or maybe it’s just that a population which does not experience tragedy on a regular basis, doesn’t know how to deal with it.

I’m not going to say that COVID isn’t a big deal, or that it’s not real, or that it’s not dangerous to certain sections of the population. Obviously, it is. It’s just that, here in Pakistan, it’s not breaking apart the society in the same way it’s doing to the US, and some places in Europe.

The thing is, countries like Cambodia or Pakistan or even South Korea with its crazy neighbor and history – they experience suffering all the time. There are always real, deep, serious issues that challenge people on a daily basis. COVID is neither less nor more than these issues, it is just another one to pay attention to.

As far as I can tell, COVID and suffering in the US has been become a political stance. It does feed into the existing political crisis of the country and the degeneration of democracy, certainly. And yet, people connect the suffering to a personal morality. Those who ‘don’t believe’ loudly and maliciously try to thwart those who do. Suffering or its lack of is a war of morality and belief. This is apparent to me for both those who ‘believe’ (I put it in quotations because I do not think COVID and its existence should be considered as a question of belief) and those who don’t. I see on twitter people ripping into the government for the lack of support during the omnicron wave, both from democrats and republicans.

In my opinion, it’s because places like the US have no direct experience with suffering. That’s not to say people don’t suffer: I think they suffer a lot, particularly minorities and lower economic classes. But there is no cultural narrative of suffering. The popular narrative of the country is that everyone can make it – the American dream! Those that don’t have feel entitled to have (not necessarily discussing minorities here). If people suffer, they may feel it is a personal affront, a direct attack on their potential happiness by whoever it is that is ‘against’ them. The ‘enemy’ is a nebulous entity and becomes the ‘other’ political side, the “man,” the government, etc. There is some expectation that someone somewhere can fix it, and that whatever is happening, it is someone’s fault, someone can be punished for it, and someone can fix it.

Whereas in colonized countries, people do not see suffering as a direct personal attack. It’s just part of the routine. Everyone knows the governments are corrupt. No one expects support, and they don’t even bother to try to figure out whose fault it is. There is no sense that if things go wrong, someone can fix it. They can definitely blame someone, but it’s not quite so…personal. If people in Pakistan are afraid of getting vaccinated, they will not go around spitting or coughing on people, they will not shout if they can’t go somewhere. They’ll complain about it as much as they complain about taxes and the hike in petrol prices, because all of it adds to the difficulty of daily life.

I don’t think it’s just COVID, but I’ve seen it particularly clearly during this time.

But why do I think it’s particularly colonized countries? Honestly – I’m having trouble putting words to it. There is a certain cultural/identity tension and trauma that exists in colonized countries that is noticeably absent in the colonizers. The deep ruptures in history and the loss of a traditional cultural identity is not something that just heals or goes away when a country becomes independent again. Whatever ‘authority’ has been there in the past has betrayed them, and no one trusts or believes that those in power can or will do anything.

I guess in some ways, the statement that there is suffering on a daily basis and that’s why COVID isn’t that big of a deal seems very bleak, and probably would convince any westerner further of the ‘shithole’ status of these countries I live. But actually, I find the opposite. Because people live side by side and historically with suffering, it is not something they need to fight and feel victimized and personally attacked. Even back when I lived in Cambodia, I used to visit the US and think, how is it that no one realizes how miserable they are?

I don’t think that suffering should be sought after, nor that these countries should remain in the state they are. I wouldn’t dare to make such sweeping judgments or damnations. My point here is very simple: I’m glad that I am here, and not there (and yes, I know how privileged I am). There’s no predictions or suggestions here about what should be or not. It’s just a thing I’ve noticed: in colonized countries, suffering is not political. It is just present.

Being a Better Ally: Diversity and Allyship Vlog

Colonization and the imperative of interculturality