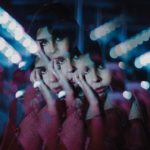 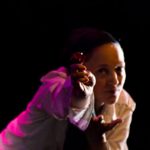 The body moves quickly, but the soul is slow, catching up only after time.

There is obviously more to say about cultural shifts. Today, I’m just talking about the wormhole.

In astronomy, a wormhole is a theoretical structure that connects different places of the universe through a shorter “tunnel” of spacetime. Most astrophysicists agree that it’s a mathematical curiosity and couldn’t actually appear in nature. It’s attractive because obviously it implies faster-than-light travel and shortcuts through the impossibly vast interstellar space.

In practice, it means leaving one end of the universe, and coming out on the other.

In so many ways, every time I come back to visit my parents, I go through a wormhole.

There is very little that is similar between suburban America and Lahore. It falls under the category of life on Earth and so the broad strokes are there, but otherwise it’s all different. Food, people, fashion, behavior, streets, flats: the color of the carpets and the carpets themselves, the window blinds, the light switches, the shape of the people and the language, the color of the sky, the cars, the garages, the houses, the stores especially grocery.

There is very little here that is similar to there, and that includes my lifestyle, routine, diet – in short, everything.

Because I grew up in America, it’s all familiar – I remember it, I know what it is. But it is the hazy memory of dreams, suddenly blasting in 3D HD technicolor. It is weird and unsettling, and impossible to explain properly.

Usually, it takes a long time to arrive.

I can’t explain that any better, and usually I don’t realize it until I actually do arrive. It’s like my body arrives first, while my soul takes the long road, patiently traversing the wild as it comes to find me. I only realize it was missing until it catches up. Suddenly I feel present, like I actually believe I am here.

Cultural shifts are confusing things. The long arrival time feeds into the “unbelonging,” which is one of the most ferocious monsters that culture shock has in its arsenal. But that’s a story for another time.

Wormholes are almost certainly not real, and I think that’s probably a good thing. The wormhole of moving from one side of the Earth to the other is scrambling enough.

There and Back Again

I’ve been at my folks for just over a week now. I think I arrived yesterday. Somehow it was just easier to be, like someone had cleaned the windows of my soul and I could actually see out. Now I feel like I can be here and be present for my family, who have expressed their gratitude multiple times for me spending the time and money to come.

I will be here now, for the next weeks, until it’s time to go, and then I’ll face the wormhole again.

I’ll come out the other side within a day, but my soul might not arrive for a week or two – and there’s just nothing I can do to rush it.