I always enjoying being the canvas for makeup arti

Onyx & Neon: carry it with grace or don't carry it 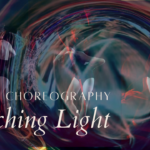 The Myth of Sisyphus and a very locked door

You’ve probably heard, somewhere down the line, about the myth of Sisyphus.  The poor Greek hero, bound forever to an impossible task that will never be complete. “Get the stone up the hill,” they said, “it’ll be easy, they said!”

I always found that myth fascinating, and of course, I’m not the only one. Perhaps even more famous than the original Sisyphus myth is the philosophical essay by Albert Camus,  which examined the philosophy of the myth.

I suppose in some ways, the myth of Sisyphus is very relatable. It more or less describes the common definition of insanity of doing the same thing over and over again and expecting different results (which Einstein may or may not have actually said). Of course in the real story, Sisyphus was cursed. He had no choice in the matter. Whether or not he wanted to go back down the hill and start again, he had to. Still, it often feels like there are things in our life that are the same. We keep going back to the same situation, or the same place, or the same people, and just hope that somehow this time is different. Something will be different enough to get that stupid rock up the hill.

This video is like that. It’s kind of a play on the myth of Sisyphus. Instead of a rock, though, we have a very closed, very locked door. Which, no matter what happens, remains so.

What’s behind that door??

Doors are fun, because they always imply a change of universe and environment – or, what fancy people call, liminal space. Go through the door, find something new. Sure, it could be horrible, but it could also be amazing. You’ll never know, though, if you can’t open it. I find locked doors very annoying myself, and I always just want to take a little peek behind. I think that’s my curiosity coming out.

Of course, this performance takes that desire to the extreme, and in doing so, plants us right in the philosophical throes that so occupied Camus. Most of us, upon discovering that a locked door is indeed very locked and cannot be persuaded to open, will eventually give up. But what if that desire utterly consumed you, such that you could think of nothing else, do nothing else, that every bit of you longed to know what was behind it? That even if you know it will never open, you keep trying again and again and again?

What I want to know is, are you a hero or just plain stupid? Are you a tragic figure like poor old Sisyphus, a matyr even, or just someone who doesn’t know when to quit?

Probably, most of you would say, stupid! Leave it! Drop it! Go home! And probably, you’d be right. But there’s something about that image of the endless, hopeless struggle that lives on in my imagination. As Camus wrote, one must imagine Sisyphus happy – perhaps finding the happiness in the doing, and not the result.

A new form of the Sisyphus myth has taken shape in this video.

Sisyphus and the Door was actually filmed several months before the Pandemic, back in simpler and rosier times. It was produced by Pakistani production house Creative Box Productions. We also created a short film called “Ek Boet,” which has screened at a few short film festivals.

The door was a very simple idea, though we did have to hunt for an appropriate door. The one we eventually used was at an old factory. Actually, it was not very locked at all. The latch that I struggle with so much was most assuredly stuck, but the whole thing rolled very easily open. I had to work hard to look like I was struggling and not actually move the door!

Because we wanted to show time passing, we filmed it over the course of several hours – a burst of filming mid-day, one in the afternoon, and one in the evening after dark. I got very gritty and dusty throughout the day, though it added very much to the aesthetics. I also got some bruises from crashing into the door! I tried to do it lightly, but there’s only so much fake crashing you can do without it looking, well, fake.

Editing Sisyphus and the door

Due to life, we didn’t get around to editing it until earlier this spring. I worked with a local editor, Ans Tahir, to get the feel right. We worked a lot around the messaging and the arc of it, going back and forth a few times on the structure and sequence. The footage is not particularly varied – it’s just a person, struggling with a door, and there are only so many angles one can take of that.

The first edits had the character ending in despair, but I was quite sure that’s not where I wanted to leave it. The most important thing I wanted to show was the sense of the ongoing struggle, of time passing. It’s not a story where the character tries and tries and eventually just gives up and loses. That’s a tragedy in itself, but this is worse – that they can never even bring themselves to give up, and just keep failing.

Of course, there’s a lot we could have done differently, but in the end, I think we managed to get the point across. The struggle continues, on and on. That’s what I wanted to show, and that’s what I got.

Sisyphus and the Door is now available on YouTube at the following link! Be sure to let me know what you think!