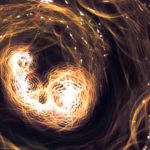 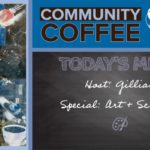 One of the themes that has been coming up recently in my life is the need to talk about art. It’s something that is definitely lacking in Pakistan. It only happens about once a year at the Lahore Literacy Festival, and the occasional conference.

I’ve been working on my own avenues to expand this. For example, when The Colony Lahore reopens next month, I’ll be curating a monthly series called “Behind the Curtain” to specifically address the lack of discussion about the craft and technique of art.

At the same time, my friend Arshad Mehmood, a writer that I had met and worked with at Creative Box Productions, approached me with a similar idea. Arshad had started a new channel called Thinker Guide, and proposed a weekly series where we talk about art in society. Our discussions would deal frankly with some of the heavy issues, but not in a heavy way.

Enter “Artistically Speaking.” We’ve just kicked it off and would love some visibility. In our first episode, we discussed how artists these days are expected to brand themselves and some of the positive and negative impacts that come with that. Our second episode, which released this week, touched more on the viral fame side of art these days and questioned what role that plays.

The next few weeks will focus more on art and propaganda, how it’s used, how it works, why it works, and some examples from history around the world.

Check out Artistically Speaking on YouTube and subscribe for further notifications! I think it will be an interesting series.