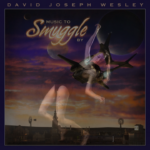 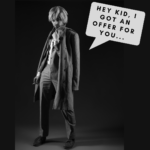 The Pirate is a sci fi short story mystery thriller, set in a world where the space junk problem has gotten so bad that rockets can’t fly and no one on the surface can see the stars. That’s the way it’s been for over a thousand years, but everything is about to change. After a young man named Jax has a terrifying encounter with an infamous robot called the pirate, it almost seems like destiny that humanity sees the stars again…

That’s the synopsis, at least. So the pirate both a robot and a sci fi short story, but it’s actually more. It’s also something which is a cross between a dramatization and a dramatic reading of said story.

The Pirate started as a thought, during a forced hiatus away from work. It was simple: I haven’t written in a long time, and it’d be good to use the time productively. I wanted to stretch my creative legs, I guess. Also, I was trying not to go insane from boredom.

The basic idea was already in my head. I knew it was about some scary character called the pirate, and the main character’s relationship with it would slowly be revealed throughout (no spoilers). I knew the docks would somehow be involved.

That percolated for a while until one day, the main character appeared in my head, fully formed. He came in and told me, “Listen. I need to tell you about the night I met the pirate.”

That is now the first line of the story, and writing it was just transcribing the monologue that came through. Most writers will say their characters are more or less in charge, and that was definitely true here. Jax, as I eventually learned his name was, wasn’t interested it writing it down properly, he just wanted to tell me. I wrote it as his voice.

I wrote the thirteen-page story in just a couple days. But the thing is, it was clear to me from the start that these characters weren’t writing, they were speaking. So, I immediately thought it’d be interesting to try and let their voices speak through me. Not as a writer, though, as an actor.

Of course, there are challenges with that, not the least of which that there are two main characters and both have moments to speak. That’s why I don’t think I can call this a sci fi drama, because what it really is, is a dramatic reading. Many dramatic readings in theater include some aspect of costumes and lights, though the actors have their scripts. That was a necessary part – I didn’t really want to memorize thirteen pages of text.

What I did was set up my Osmo Pocket in front of the computer screen with the text behind it, so I could read while still looking at the camera. Certainly you can tell I’m reading, but it does seem a bit like a video diary, which was the point.

I did try my best to have costumes, considering the fact that I am not currently staying at my house (I don’t currently have a house but never mind) and the majority of my stuff is in a country I can’t get to (long story). Thankfully, the friends I am staying with had stuff I could borrow and nice enough tech setups to make it all work well enough.

I took a few takes for each episode (there are six in total). I could have done more as definitely it was not perfect, and I didn’t do my proper actor research and work on every single line.

What I am happy about, though, is that the two characters are very different. Their speech cadence and tones came through so strongly in the writing that I just had to imitate it.

Some clues about the world

Any good sci fi short story isn’t complete without a few speculations on the future. This one is no different, though I tried not to explain it like someone from today looking at it. After all, for these characters, this world is all they’ve known. They wouldn’t know what is different or not. One of the things I really had to focus on in editing was trying to show the reader what was going on through the character’s asides. I had help in this from my beta readers, who told me what didn’t make sense, or where they missed plotlines.

You’ll find a fair amount of bits and pieces around climate change and the fact that humanity now lives in bubbles. There are mentions of technology and humanity’s relationship to it. In some aspects, things seem to be very advanced, while in others, it’s gone very backwards.

Of course, technology is at the very center of the plot, but it’s hidden. And that’s all I’m going to say about it, because otherwise there would be spoilers. For the rest, you’ll just have to watch!

The Pirate Episode 1 releases on October 31st, 2021 at 6pm CET (12pm EST). Each subsequent episode will be released on Sunday at the same time.

behind the scenessci fi short storywriting